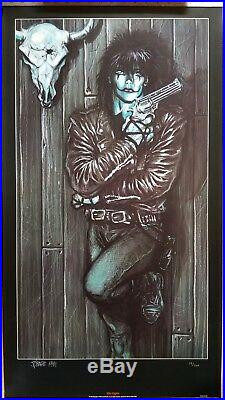 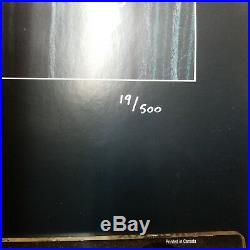 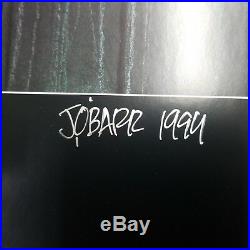 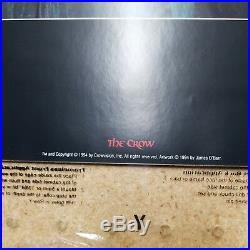 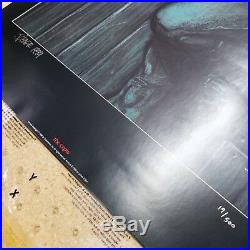 The Crow Poster Signed & Numbered #19/500 James O’Barr 1994 20 x 36. We love finding a good deal as much as you do. It is our mission to provide you with quality merchandise at a thrifty price. With an ever-changing selection of items from your favorite brands, the right product at the right price is our commitment to you… That and a service experience second to none. I do not have any documentation or certification on authenticity or grade. The print is in very good unused condition. Measures 20 inches by 36 inches. We make every effort to provide a fair and accurate description of our items. Some new items may contain stock photos. If you have specific questions, please ask before purchasing. (Some items are antique, vintage or second hand and some wear and imperfections are to be expected). Boxes, APO / FPO, & US Protectorates. Please check with us prior to placing your order. We will go out of our way to make it happen. Please keep the damaged item in case the carrier would like to examine it. If you feel we deserve anything less, please send us a message before leaving anything less than a good review or opening a case. We will fix the issue promptly. If you have received an incorrect item or you have not received your item at all, please notify us of such issues. NEW and USED Merchandise. We are a small family business in the Pacific Northwest marketing our no longer needed household goods along with items we have collected from estate sales, garage sales, yard sales, flea markets, antique stores, thrift stores and auctions. We specialize in bringing small town rural merchandise to the U. Do you have questions? The item “The Crow Poster Signed & Numbered #19/500 James O’Barr 1994 20 x 36″ is in sale since Sunday, December 16, 2018. This item is in the category “Collectibles\Comics\Modern Age (1992-Now)\Horror & Sci-Fi”. The seller is “thriftmerchant” and is located in Longview, Washington. This item can be shipped to United States. 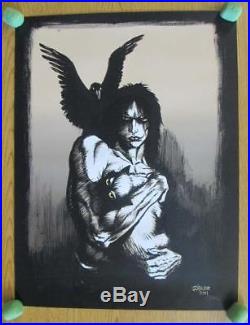 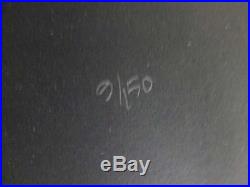 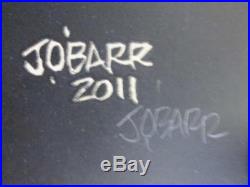